Sorry it's late but better late then never.

The Bulls continue their FA cup campaign today against Stourport Swifts  form the Total Motion Midland Premier League.  They ply their trade at step 5 in the same league as the likes of South Normanton.

The Bulls will be looking to build on last weekends fantastic come back at Frickley Athletic and become the 12th team from the Evo Stik Northern Premier League to book their place in Monday's 2nd qualifying round draw.

This is only the second game in the Bulls history to have been played on a Sunday following last seasons FA Cup tie away at Quorn FC.  The bulls ran out 3 1 winners in that game with a great performance from Oliver Fearon scoring 3 goals in 7 second half minutes.

The Bulls will be hoping to name a near full strength squad with slight doubts over a couple of players who have been nursing injuries in the past couple of weeks.  After an 8 day lay off hopefully most of these have now cleared up with possibly the exception of Nick Guest.

So who are Stourport Swifts?

Stourport Swifts was formed in 1882 and began playing competitive football shortly after. In 1931, they joined the Warwickshire League but only played in the league for two seasons before leaving the league, but were back five years later until the outbreak of World War II. When the league resumed Stourport rejoined the league. The club played in the Worcestershire League throughout the 1970s before joining the West Midlands (Regional) League Division Two in 1979–80. A fourth-placed finish in 1985–86 earned the club promotion to division one and two seasons later the club was promoted to the premier division after finishing in second place. The club finished in second place in the premier division in 1996–97 and then on 1997–98 and the second runner-up finish was enough to earn the club promotion to the Midland Alliance. Their third season in that league saw them win their first ever league championship and they were promoted into the Southern League. 2000–01 also saw the club reach the fifth round of the FA Vase. The club was placed in the West Division, finishing in eighth place in their debut season and got to the third round proper of the FA Trophy. However, the club failed to finish in the top half in subsequent seasons and were relegated back to the Midland Alliance in 2012. 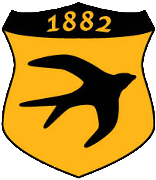 Stourport are currently 16th in their league with 1 win from 8 games and 3 draws.  They draw 1 all last time out at home to Boldemere St Michaels.  The one game they won was at home to bottom of the table South Normanton.  However, they have made it through the first 2 rounds of the FA Cup beating Sporting Khalsa from their league by 2 goals to 1 in the last round.
Andy Nicol and Jack Downing are their top scorers on 3 goals each.
If the Bulls win this afternoon then  this will be £6,000 into the clubs coffers for the Evo Stik battle and more importantly into the draw for the next round.  The draw takes place at 1pm tomorrow.
The game will go to a replay if the scores are level after 90 minutes.  Details of the replay will be released as soon as possible after the game this evening in the event of this being required.
﻿
Posted by AFC Mansfield at 9:24:00 am