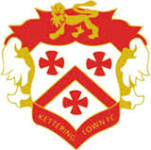 The bulls have play two previous teams at step 3 in the FA Cup and have won both of the games.  In fact the Bulls have not lost to a step 3 club in the FA Cup.  Hopefully the run continues tomorrow.

Kettering Town ply their trade in step 3 a league above the Bulls  in the Evo Stik South Central Premier Division.  They currently sit top of the table but have suffered two defeats in their last two games.  They lost their 100% record in the league last Saturday at home  recording a 2 1 defeat and lost in their county cup game on Tuesday night by the same score line.

They have a few ex Mansfield Town players in their ranks most notable is Aaron O'Conner and Lindon Meikle.  O'Conner a lively frontman is unlikely to feature as he is currently injured while Meikle has returned from suspension on Tuesday evening.

The Bulls will be looking to build on the great result at Wisbech Town on Tuesday evening with the hope of further progression in another cup competition and more importantly the £9,000 which comes with a  win in this round.

In terms of the squad, Rudy Funk will be expecting to have a full squad to choose from except the long term absentee of Jack Steers.  Otherwise it looks to be a clean bill of health and therefore expect a strong team and bench from the Bulls in this massive game.  We would expect changes to the team from Tuesday evening as Rudy made a number of changes for the game away at Wisbech.

Tomorrow's game will go to a replay if the scores are level after 90 minutes.  The replay will take place at the Forest Town Arena on Tuesday 25th September with a 7.45 kick off.

For those travelling the address is

Lets get as many Bulls fans following the team tomorrow supporting the Bulls into the hat on Monday lunchtime.  You can be the 12th man!!!!