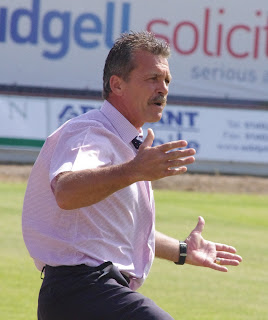 AFC Mansfield sit comfortably in eighth position having played a total of nine games in the NCEL Premier Division. They boast four games in hand over most of their competition heading into the first derby clash of the season against Clipstone FC.


Their opposition in contrast, are bottom. They are yet to earn a point from 13 fixtures and already seem destined for relegation. The Cobras endured a relatively steady campaign last time out, finishing in a respective 16th place – however the same cannot be said for this season.


Rudy Funk, AFC Mansfield boss, highlighted this saying: “They are cleary going through what can only be described as a rough patch.


“You have to look at the league table and you can see the difference. At the end of the day everyone knows their job and how to go about this game.


Both teams lie on the same stretch of road, with the Romanian manager labelling them as neighbours.


“These games are always different because we’re neighbours. It’s a local game with a lot of local lads meaning there is a lot in it for individual pride – not just three points.


“No matter what’s at stake there’s always a level of respect.


Oliver Fearon was the main goal scoring culprit in the Bulls last game; bagging a hat-trick and taking his goal tally into double figures for the season.


“There’s a reason why we renewed Ollie’s contract in the summer. He’s been in good form this season and we also know he can be even better.


“We’ve played Clipstone before and know a bit about them. The main thing is that games like this always leave a bit of a mark.


“It will be different from any ordinary league game – a tough encounter – but we believe in ourselves.”


The last time these two teams faced resulted in an emphatic 5-0 victory for the Bulls. Rudy Funk will surely be hoping for more of the same from his team again, as they look to climb the league table.