We went away to Basford United in the Notts Youth Premier League. 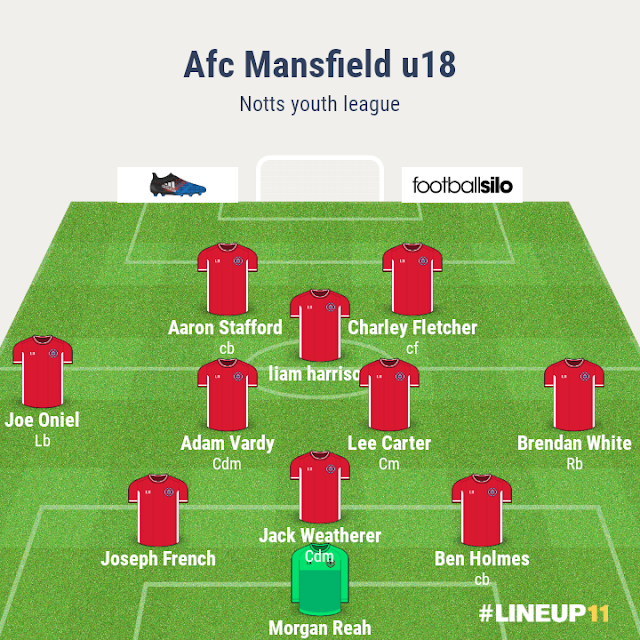 AFC started strongest, moving the ball well and dominating possession.  20 mins in from a set piece Arron Stafford heads the ball from the back post into the net.


Despite lots of chances we failed to build on our possession and we suffered a quick counter attack down our right flank and conceded an equaliser on 40 mins, going in at half-time 1-1.


Second half started and we were second to the ball and struggled with Basford’s out and out pace.


We went down 3-1 with some decent counter attacking football from Basford who used the space well especially after losing 2 of my 3 centre halves from the back 3.


The last 20 mins we pushed harder and had more chances Joe Walsh coming off the bench to win a penalty and slot it home.  Game ended 3-2

In summary, a very good game one we should of won with our quality and we were unlucky to come away with at least a point.
Posted by Unknown at 5:07:00 pm